Well yes, I'm tired and so is almost everyone... the 25C3 unfortunately is close to its end. So that I'll try to give a short round-up on what the syn2cat HackerSpace did and achieved at the conference and beyond.

First of all, it would be an absolute understatement to say that I'm very proud of the Lightening Talk Steve gave on day 3 of the conference, the act of which was very courageous and its content absolutely entertaining. I'm convinced that all of you who actually watched the stream felt the same, some expressing their satisfaction on the C3L #irc channel.

I'd also like to thank Caveman who wholeheartedly represented us vis-à-vis the hackerspaces.org people when neither Steve nor me were where we should've been. In the same breath I'd like to mention that Pst bravely held out with us at the C-Base on Monday evening / Tuesday morning until half past 4 (when we had already been there to the Phenoelit party 'til 4am the previous evening) and very actively helped building bridges with other Hackerspaces and their members. At that time, syn2cat was barking with the big dogs, participating in a call-in of all the Member HackerSpaces of hackerspaces.org. Yet again, Steve was doing a great job here, introducing our hackerspace initiative to the rest of the world, and this, regardless of the time of the day, in a supreme "her majesty's best english".
Moreover, we had a nice chat with c-base's T in the call-in's aftermath. He strongly encouraged us to simply find a first space, no matter how small or temporary and also supplied us with his expertise on an awesome number of questions and doubts we had.

All in all, I'd like to express my thanks to each and everyone from syn2cat for their unparalled efforts in promoting our Hackerspace.

All during the conference we weren't only gathering intel that will hopefully be of crucial help in our ongoing projects, but we were also tagging the bcc with our stickers, posters and flyers.

Expect quite a couple of emails over the next few days, explaining what we learned and detailing our very immediate plans and next steps. I will only do as much as hint at a contest coming up and some coordinated actions we're about to take.
Posted by Kwisatz at 4:59 PM No comments:

I feel I have to write something to appear in the newly set up RSS planet
Posted by Kwisatz at 5:55 PM No comments: 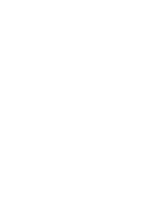